Now in their 22nd year, proprietors Michael & Margene Mooney began the fulfillment of their dream to plant a vineyard, build a winery and establish their home. The family took up residence on the property in the Summer of 1998 and planted the estate vineyard in the Fall of 1998. They chose what is now referred to as the Creston District AVA to start Chateau Margene’s vineyard and winery project. Their first wine was their 1997 Cabernet Sauvignon. The goal was then, as it is now, to produce exceptional Paso Robles Cabernet Sauvignon wines and offer them direct to the consumer. Production averages between, 2,500 - 3,500 cases annually.

Michael is the viticulturalist and winemaker, with the exception of the Cabernet Franc - which Margene's produces (her favorite varietal). The vineyard was re-planted in 2015 & 2016 with a total of 9 acres, consisting of four clones of Cabernet Sauvignon, Cabernet Franc, Malbec, Merlot & a small lot of Sangiovese (for their Super Tuscan style blend Cielo Rosso). Farming practices are organic & sustainable with the family doing the lion's share of the work on-site.

Michael’s family history in California dates back seven generations, five in the Central Coast. His forefather, Ignacio Linares, was a soldier on the Juan Bautista de Anza Expedition into California in 1775. Ignacio’s grandson, Victor Linares was granted a Mexican Land Grant in San Luis Obispo County, by then Governor Juan B. Alvarado, for Rancho Canada de Los Osos in 1842. The grant extended from the Pacific coast along Los Osos Valley toward present day San Luis Obispo and encompassed part of Montana de Oro State Park. In 1849, San Luis Obispo became one of the first counties in California and in September 9, 1850, California was admitted to the union.  In 1851, the state set up a land commission to settle private land claims. The rancheros (landowners) had to prove their Mexican land grants were valid. Hearings were conducted in San Francisco in English only (Spanish was the main language of the county at this time). Many rancheros went bankrupt in the process of trying to get a "government-recognized" title to their land. Victor Linares lost his property in this land grab by the English speaking settlers. His son, Pio Linares (Michael's great, great great uncle) was a vaquero who worked for many rancheros in and around San Luis Obispo county. After his father Victor lost his land, Pio joined up with the notorious Jack Powers Gang whose exploits are detailed in many books and historical documents.

Having lived in the Tri-County area of Central California his entire life, Michael and his wife Margene decided to launch a winery in San Luis Obispo county where his forefathers settled.

"Elevated Tour & Tasting Experience" - For a unique vineyard/winery tour & tasting, contact us for an appointment. Winemaker Michael will walk you through Chateau Margene's viticultural & winemaking processes, ending in the barrel room. There you will experience a sit down tasting of our current Luxury Flight. 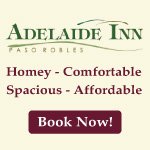 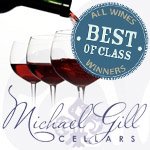 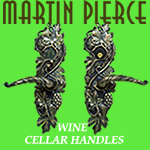